Jagannathji Rathyatra 2020 LIVE: The Supreme Court Monday asked the Odisha government to make necessary arrangements to conduct Puri’s Rath Yatra, scheduled to start from June 23, in a restricted manner in wake of the Covid-19 pandemic. The apex court also said it cannot “micro-manage” the rituals and left it to the wisdom of state, the Centre and temple management to deal with that issue.


“If it is confined to Puri alone in a limited way without public attendance as proposed by Gajapati Maharaj of Puri, Chairman of the Puri Jagannath Temple administration, state govt will endeavour to make necessary arrangements to conduct it accordingly,” the SC bench said. 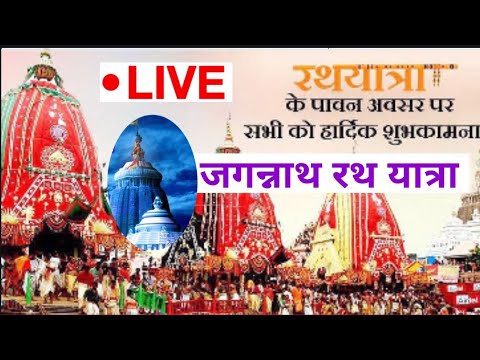 The Supreme Court on Monday modified its earlier order and allowed the annual Jagannath Rath Yatra in Odisha's Puri to be held with the coordination of the Temple committee, State and Central government without compromising with the health issue pertaining to Covid-19.
A three-judge bench headed by Chief Justice of India Sharad Arvind Bobde said that the apex court is only considering conducting the yatra in Puri and not anywhere else in Odisha.
Rathyatra will start in Jagannath Puri on June 23. The central government had said in the application that the pilgrimage could be done without involving the devotees. The court further said that the yatra would be carried out in coordination with the temple committee, the state government and the central government, but there should be no compromise with the health of the people. At the same time, he said, rathyatra will not be held anywhere else in Orissa except Puri. If the situation worsens, the Orissa government may suspend the pilgrimage or festival.
Solicitor General Tushar Mehta from the government said that the rath yatra is a matter of faith for millions of people. If Lord Jagannath cannot come out tomorrow then he cannot come out for 12 years, because this is the tradition of Rathyatra.

The solicitor general said the trip could be canceled by imposing a one-day curfew. The Orissa government has also endorsed that the rath yatra can be organized with many conditions.

The petition appeals for consideration of allowing the rath yatra to be taken out in a modified form. Total shutdown of the entire city and travel by banning the entry of outsiders into the district is proposed. 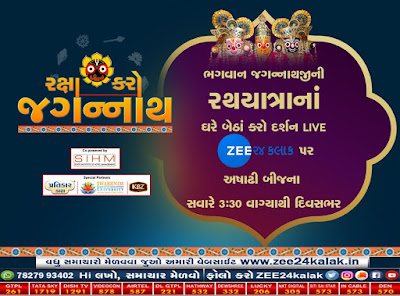 It is not appropriate to break the tradition: Shankaracharya of Puri Peeth
Swami Nishvalananda Saraswati has appealed to the Supreme Court to reconsider the matter. "One may have the feeling that Lord Jagannath will never forgive if a rathyatra is allowed in such a crisis, but will God forgive if we break the centuries-old tradition," he said in a statement from Puri Math.
Jagannathji Rathyatra 2020 LIVE/odisa Rathyatra Live 2020/Jagannathpuri Rathyatra Live 2020 2020-06-22T20:55:00-07:00 Rating: 4.5 Diposkan Oleh: MISSION EXAM