The Chief Minister held a meeting with the mahant-trustee of the Jagannath temple
After the meeting, the CM said that the government will submit to the High Court to start the rath yatra, ready to travel with conditions.


Union Home Minister Amit Shah will perform Mangala Aarti tomorrow morning
If the High Court allows, we will start the rathyatra only on the traditional route, if there is any change in the route, we will not do the rathyatra: Trustee
Mahendra Jha 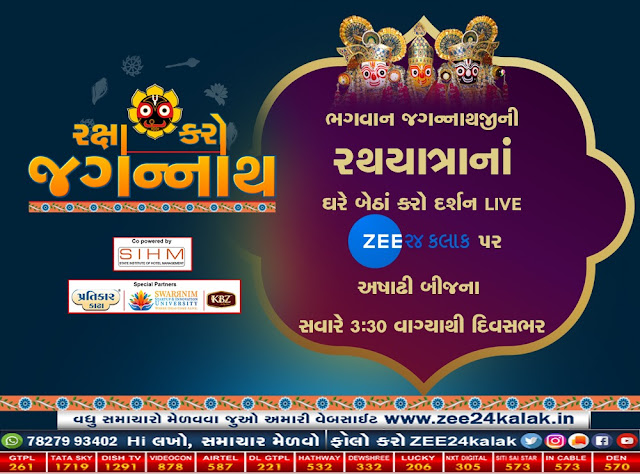 Ahmedabad. If Jagannathji's rathyatra is allowed in the city on June 23, the rathyatra will be pulled by a tractor. Checking was done on how to pull the chariot from the tractor. Special iron bars have been made to pull the three chariots. The chariot will cover a distance of 10 km per hour. Which was also inspected by Minister of State for Home Pradipsinh Jadeja.
The government will make representations in the High Court to start the rath yatra, we will make all the arrangements overnight: CM
Regarding the rath yatra, CM Vijay Rupani today held a meeting with Home Minister Pradipsinh Jadeja, Mayor Bijal Patel, Commissioner of Police Ashish Bhatia, Mahant Dilipdas Maharaj, Trustee Mahendra Jha. After the meeting, CM Rupani said that the Supreme Court had stayed the rath yatra in Orissa, but today, allowing the yatra in Orissa with conditions, the state government has instructed the Advocate General to apply for permission for the 142nd rath yatra to take place in Ahmedabad. We will travel according to the terms of the High Court, the government will make all the arrangements overnight. We are ready. Also, Union Home Minister Amit Shah will perform Mangala Aarti tomorrow morning.
Some changes have been made to the tradition of this year's 143rd Rathyatra in view of Corona's Kaher. It was decided that Jagannath would perform Yatra only in the temple premises this year but now there is a possibility of a Rath Yatra. An application has been filed in the High Court for holding a rath yatra. An online hearing is underway in the High Court. Chief Minister Vijay Rupani also held a meeting at the Jagannathji temple regarding the procession of Lord Jagannathji. Preparations for the rathyatra have already started at the Jagannath Temple in Ahmedabad


CM Rupani held a meeting after Lord Jagannathji's Aarti
The meeting was attended by people including the mayor, minister of state for home and trustee-mahant of the temple
Preparations for the Rathyatra started at the Jagannath Temple in Ahmedabad
Rathyatra was being demanded by Ahmedabadis, Jagannath Temple Trust, state government and Congress. An online hearing has been held in the High Court in this regard. Now, like the Supreme Court, the Gujarat High Court can allow the rathyatra to Ahmedabad subject to conditions. 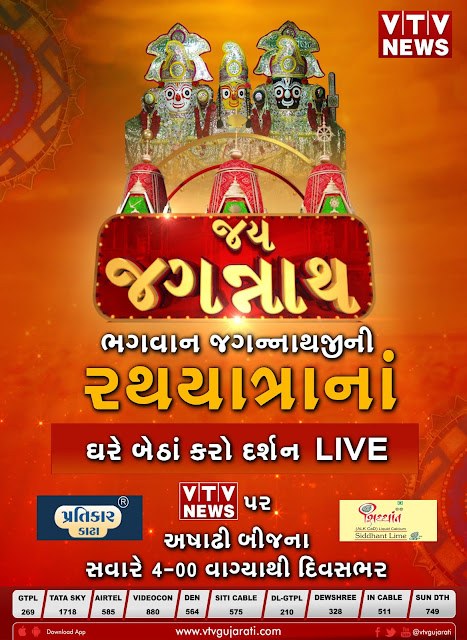 The government will request the court for conditional approval of the rath yatra: CM Rupani


After the meeting, Chief Minister Vijay Rupani said that he has got the benefit of Aarti and Darshan of Lord Jagannath. The SC had ordered that the rathyatra in Orissa should not be stopped due to corona. Today the Supreme Court allowed the trip with conditions. The Gujarat government will then make representations in court. Like Orissa, Ahmedabad also has a tradition of rath yatra. Therefore, according to the court's restriction, the rathyatra should be submitted for approval. The government will request the court for conditional approval of the rathyatra. We are able to make preparations for the planning of the Rathyatra as per the conditions stated by HC. We have faith that we can take out the rathyatra. The Advocate General is currently applying to the court.
Ahmedabad Jagannathji Rathyatra Live 2020 2020-06-22T21:04:00-07:00 Rating: 4.5 Diposkan Oleh: MISSION EXAM