Goverment yojana
PM Jan dhan Yojna 2nd 500 Rs. Allotment Time table
The money will be deposited as per the last digit of the account number between May 4 to 11
You can withdraw money from ATM machines, nearest bank friends, CSPs, etc. in your area 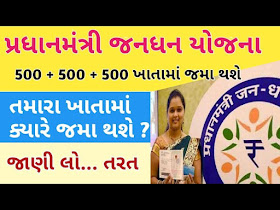 Under the Prime Minister's Poor Welfare Package, a second installment of Rs. Money transfer to this account is done as per last number of Jandhan account. The money will be transferred in 5 days. This will help in following the social distance guide. In April, Rs 500-500 crore was transferred to 20.5 crore Mahila Jandhan accounts. 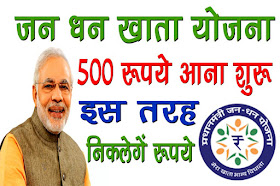 The lockdown was extended until May 17
The government has extended the lockdown until May 17. However, in the meantime many concessions have been made across the country. To help the poor during the Kovid-19 crisis, the finance minister announced on March 26 that Rs 500 per month would be transferred to the accounts of women Jan Dhan account holders for three months from April.
What is a time table
Jandhan beneficiary women are allowed to withdraw money based on their account number. According to the information provided by the Ministry of Finance, the money will be transferred to the account of account holders ending in account number 0 or 1 on May 4. 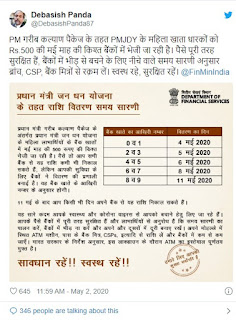 How to withdraw money?
According to the government, you can withdraw money from ATM machines, close bank friends, CSPs, etc. in your area and avoid going to the bank as much as possible. The use of ATMs during this lockdown is completely free as per the instructions of the Government of India
PM Jan dhan Yojna 2nd 500 Rs. Allotment Time table 2020-05-02T21:25:00-07:00 Rating: 4.5 Diposkan Oleh: MISSION EXAM