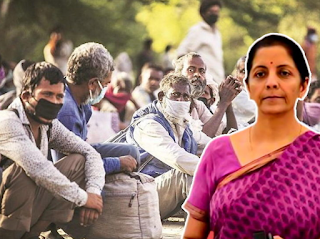 Finance Minister Nirmala Sitharaman today announced the second phase of the breakup of the Rs 20 lakh crore relief package. Sitharaman today announced a Rs 3.10 lakh crore package for farmers, overseas laborers and real estate. The One Nation-One Ration Card scheme was also announced today to make it easier for foreign workers to get rations in any state. In the first phase, many advertisements were made for small businesses, real estate, organized sector workers and others.

According to sources, the finance minister's focus on Thursday may be on giving cash and free food. Advertisements for the poor were made by the government in late March at the start of the lockdown. This will be an expanded version of it. At the beginning of the lockdown, the government announced that under thePradhan Mantri Ann Yojana, 5 kg more wheat-rice and 1 kg dal would be given to 80 crore needy people for three months.

The next focus on the rural economy

A senior government official involved in the discussion on Prime Minister Narendra Modi's Rs 20 lakh crore self-sufficient India package on Tuesday said the announcements about MSMEs have been completed. Now the government's next focus will be on the poor and rural economy. Later some measures may be taken for the middle class and for other sectors.

Many sectors are badly affected by covid

"One by one, we will cover every sector and stakeholders," said another official. The sectors most affected by Kovid-19 include hospitality, tourism, aviation, logistics, e-commerce and automobiles.
Self-reliant Gujarat Yojana / Loan up to 1 lakh including small traders, hawkers, rickshaw pullers will get loan at only 2% per annum 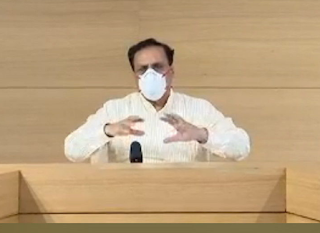 Gandhinagar: The state government has announced a 3 per cent loan to boost the industry and the economy in Gujarat. Through Atmanirbhar Gujarat Yojana, small traders, businessmen, hawkers, rickshaw pullers etc. will benefit by running small households. All you have to do is apply. After Prime Minister Narendra Modi spoke of a self-reliant India and Union Finance Minister Nirmala Sitharaman announced various packages, Chief Minister Vijay Rupani today announced a self-reliant Gujarat aid scheme in the presence of Deputy Chief Minister Nitin Patel and Minister of State for Home Affairs Pradipsinh Jadeja.

The borrower will pay 2% interest and the state government 6% interest:

10 lakh people will get the benefit of Atmanirbhar Gujarat Yojana. Loans from banks have also been arranged under the scheme. Banks will pass loans only on the basis of application. A loan of Rs 1 lakh will be available at an annual interest of 2%. While 6 per cent annual interest will be paid by the state government, the first six months will not have to pay interest and principal. Detailed guidelines will now be issued.

Self-reliant Gujarat: Rs 1 lakh loan at 2% interest, no installment or interest for 6 months: 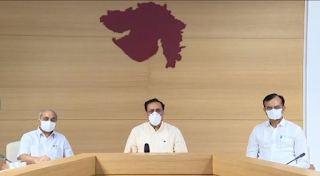 Gandhinagar: Gujarat Chief Minister Vijay Rupani has announced a self-reliant Gujarat assistance scheme. More than 10 lakh people will benefit from this scheme. A loan of Rs 1 lakh will be available at an annual interest of 2%. No installment or interest has to be paid for 6 months.
Loans up to Rs 1 lakh with an interest rate of at least 12 per cent will be available at only 2 per cent interest. Cooperative banks, credit societies and district banks have made this plan after detailed discussions with all the people.
In which these banks will give loan up to Rs. 1 lakh only on the basis of their application and application. The person whose interest is to pay only 2 per cent interest per annum and the remaining 6 per cent will be paid by the state government.
State Chief Minister Vijay Rupee said, "Small traders and small artisans of Gujarat, considering all this, their business has come to a standstill in the last two months." I am announcing a self-reliant Gujarat aid scheme so that he can recover from his beating in two months and recover in the next six to 12 months.
Special Package Breakup Part-2 /Finance Minister announces Rs 3.10 lakh crore package for farmers, overseas laborers, real estate 2020-05-14T06:19:00-07:00 Rating: 4.5 Diposkan Oleh: MISSION EXAM